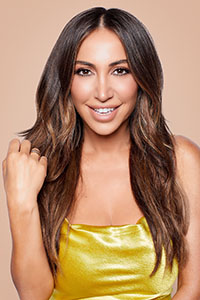 Diana Madison is a social media influencer, entrepreneur, TV personality, actress and producer. She is the co-founder of Shandy Media / Obsev Studios, a multichannel property that includes Hollyscoop, The Fumble, NerdWire, WTFood and Diana’s podcast, “Dream Big.” Her network reached over 500 million viewers each month, and the brand’s channels had celebrated over 3 billion views on YouTube in 2019.  Shandy Media / Obsev Studios was acquired in 2019 by Urban One.

Interning at E! and “Entertainment Tonight” after college, Diana found a lack of on-camera hosting positions. Undeterred, she forged opportunities for herself. Diana created her own content and became one of the first YouTubers with a web-based talk show and interview series like those on network TV.

Diana is also the creator and executive producer of “Glam Masters” on Lifetime. The show features host Laverne Cox, with Kim Kardashian West and Shed Media serving as co-executive producers.