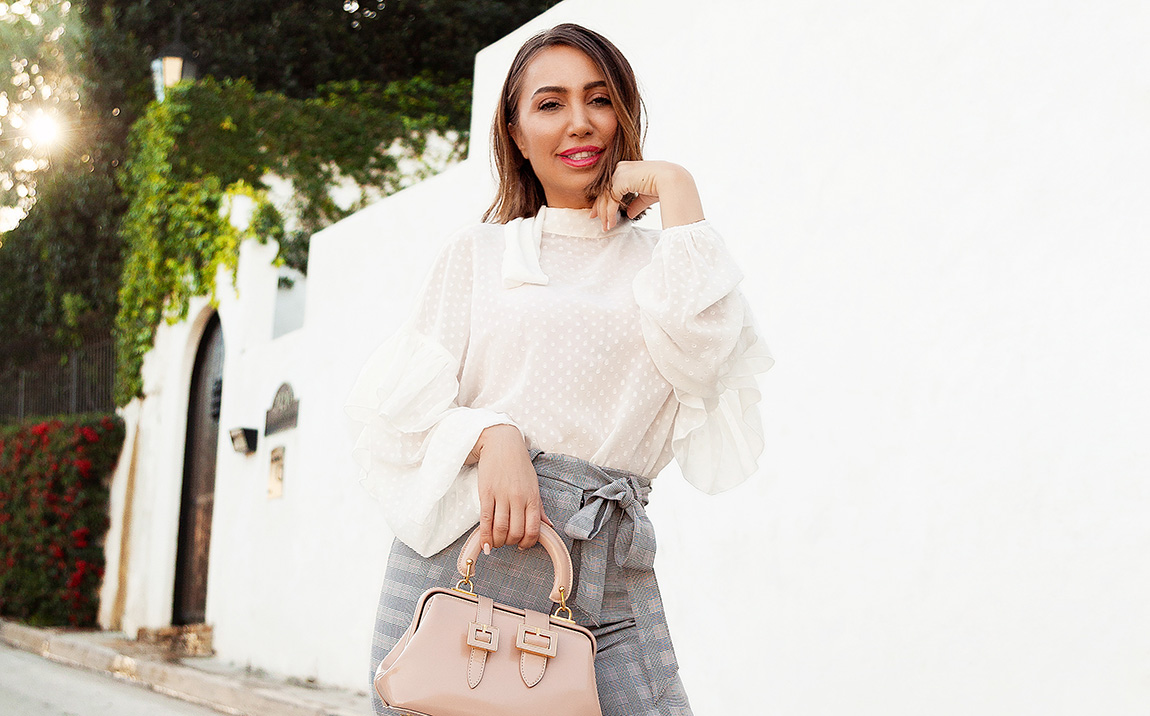 More than 10 years ago, I left my job at “Entertainment Tonight.” I’d been there for two years when I felt like I’d gone as far as I could with the company. I was 24 and I’d learned as much as possible about hosting, producing, working the news desk, working the red carpets. That may sound strange because I was so young and had been there only two years. But my dream was to be on camera, and I realized it wasn’t going to happen for me there.

Today it seems like every company in the world has a YouTube channel. But back then, when I quit that job, there wasn’t very much video content online. The idea of a big-name brand like ET having an online platform for video was kind of strange. But that didn’t stop me from finding ways to turn my passion into a paycheck. Here’s how I did it, and how you can to.

Back in the mid-’00s, I saw a new trend that few saw at the time: people watching videos on YouTube. (Although back then it was mostly silly cat videos that went viral.)

I also noticed some of my favorite TV shows going off the air. “TRL” on MTV, which I was obsessed with, got cancelled. I thought, if people my age can’t go to MTV to watch their favorite shows, then where will they watch them?

That’s when I launched a YouTube channel with a countdown show: the Hot 7. That channel helped me build my own studio, Obsev Studios.

I saw very early on that I had to launch a YouTube channel and start producing and hosting my own shows. To turn your passion into a paycheck, you need to know what’s happening on the cutting edge of your field. When you pay attention to what’s happening now — or, better yet, what’s about to happen — you can make the best next move. 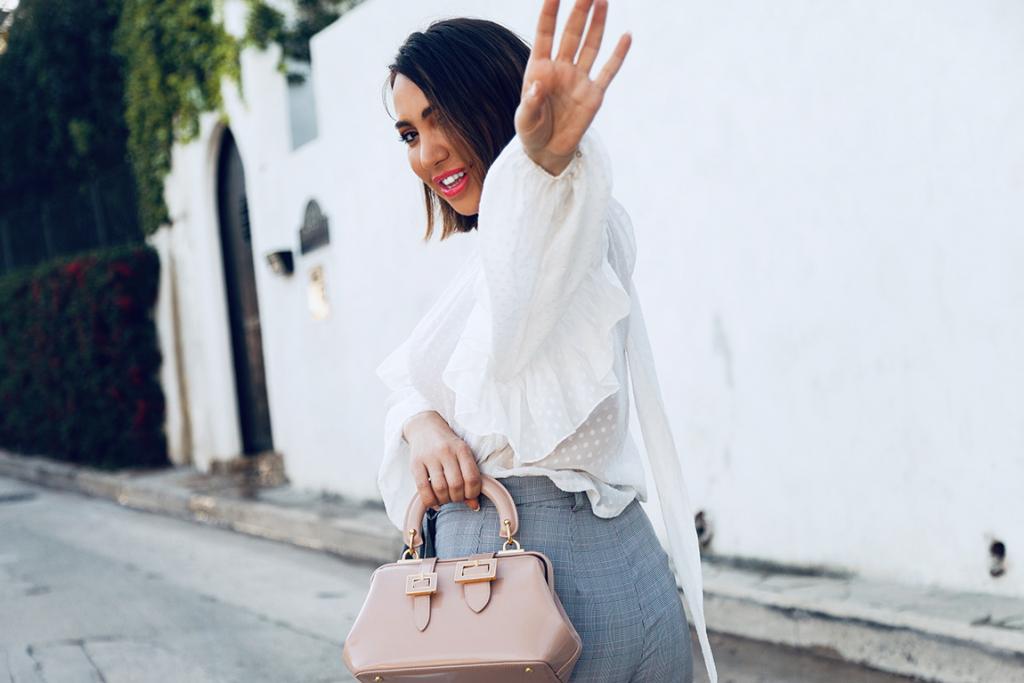 When I left my job at ET, everyone thought I was crazy. Except my father.

My dad came to America from Armenia with no money. He and his mother slept on other people’s floors. They didn’t know the language, didn’t know the country, and took a big risk leaving what was then the Soviet Union. They ignored all the noise from the naysayers in Armenia who told them it was a bad idea to leave a life they knew and chase a dream that seemed out of reach. They ignored it, came to America, and my father realized his dreams by building himself a food truck empire.

That’s why my dad didn’t tell me I was crazy when everyone else did. He didn’t understand the internet or YouTube or what I was trying to do. But, for a year, he supported me while I figured it out.

That year living with my parents, working from a tiny room in their basement, it wasn’t as fun as I’d imagined. I’d left a job where I rubbed shoulders with the most famous people in the world. Now I was locked in a dungeon like a mad scientist, not knowing what the hell I was doing. I kept hearing from friends who were making money working corporate jobs and having a lot of fun doing it. And there I was, borrowing clothes from friends to attend parties, faking it so I could make it.

But when I look back, taking that risk and being uncomfortable for a year was the best decision I had ever made. It was through those hard times that I built my career. I ignored the noise and took the road less traveled. It’s only by taking risks that I’ve learned the most important lessons that made me who I am today. 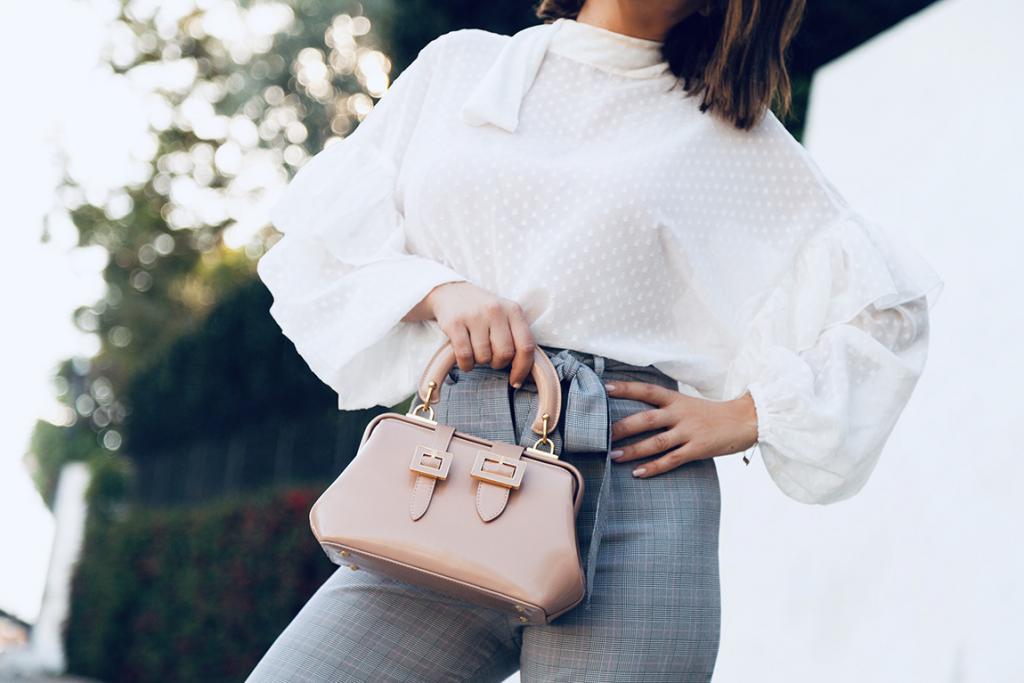 Taking risks is important, but that doesn’t mean acting blindly. You still need to learn about what you’re getting into and, most importantly, knowing your community. Look to your inspirations and learn from them. If you want to be a blogger, pay attention to your favorite bloggers. Observe what they do that you like and don’t like. Take what you learn from your role models and bring that knowledge to your own work.

The year I spent working from my parents’ basement, I learned everything that my so-called “competitors” were doing. I saw them and their work as inspiration for my own ideas. You must become an expert on everyone in your field. Educate yourself and work day and night on your craft.

4. NETWORK WITH YOUR COMMUNITY

It’s not enough to know what the influencers in your community are doing. You have to interact with them too.

When I started my career, a lot of people saw me as competition and didn’t want to collaborate. But there were some — Ryan Seacrest, the ladies of “The Talk” on CBS, and Wendy Williams, to name a few — who acknowledged my interviews and talked about me on their shows. I started getting more opportunities to attend events where I networked with like-minded individuals.

Find people who share your interests and network with everyone you meet. Over the last 10 years, I’ve built lifelong friendships this way, and I’m so grateful for all the opportunities they’ve given me. My industry friends and I are a tribe. We look out for one another and help one another however we can. 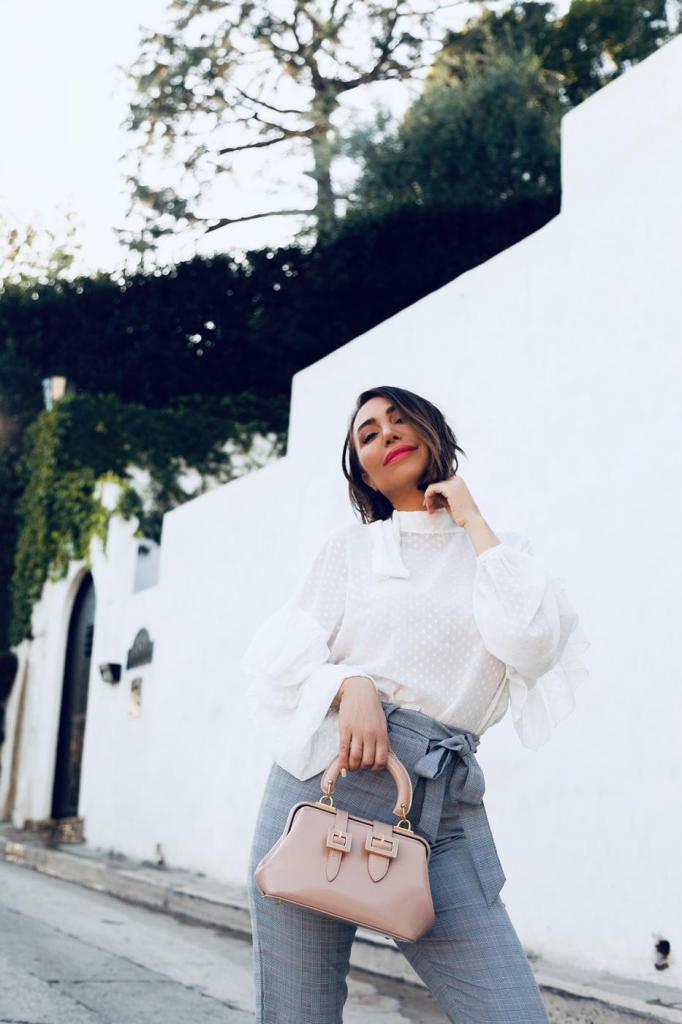 5. INVEST YOUR WHOLE LIFE IN YOUR DREAM

If you expect to turn your passion into a paycheck, you have to live it and breathe it and do everything related to your dream job. If you have no time to invest in your passion, quit dreaming and move on to something else. Working as hard as it takes will require you to sacrifice a lot. But no one said making your dream come true is easy.

If your dream is to be a comedian, take improv classes, take sketch-writing classes, perform stand-up at open mics every night of the week. Start a comedy YouTube channel and a comedy podcast. Do it even it it feels like no one is watching and no one cares about what you’re doing. Go to as many comedy shows as you can to watch what other comedians are doing, then network with them. In other words: If you want to be a comedian, you have to make comedy your whole life.

With social media and platforms like podcasting and YouTube, there are almost infinite possibilities for you to build your brand and promote your projects. Post pictures and videos of you doing your work. If anyone goes to your Instagram page or your website, they have to know at a glance who you are and what you do.

If you have a full-time job that pays the bills, work your dream job on the side. When I decided to take on acting, I didn’t quit my career. But I started taking acting classes on the side. I found the time. Even when I was nine months pregnant, I took classes with my acting teacher over Skype. That’s how committed I was and how committed you need to be to turn your dreams into reality.

The biggest secret to turning your passion into a paycheck is to not care about the paycheck.

That sounds weird, right? I know so many people who chased a career because they knew it would pay big, only to realize after a couple of years that they hated their job despite the big money. On the other hand, I walked out of the LSATs at UCLA because I knew my passion was not to be a lawyer.

The first couple years of my career, I struggled to get by. No one really knew about that because I was quiet about it, but it was true. There were so many years when my employees made more money than I did. Instead of pocketing the money, I invested it in employees, equipment, etc. I’m successful because I never chased the cash; I chased my passion. I truly believe that if you work hard for something you care about, the money will come to you. You just need to realize that good things take time and nothing worthwhile happens overnight.

Steve Jobs once said, “Those who are crazy enough to think they can change the world usually do.” Sometimes people think I’m delusional. Naysayer’s laughed at the idea of me pursuing an acting career. “What? You want to be an actress at age 36 with two kids under the age of 3?” Well, what’s wrong with that? I proved the naysayers wrong. Because now I have my first movie under my belt and two more in which I’m set to star.

Never let small-minded people tell you your dreams are too big for you. Trust me, you’ll meet a lot of those people when you pursue your dreams. They won’t be able to see the vision you have in your head. Don’t let them stand in your way.

I hope you guys enjoyed this blog post. Please leave comments and let me know what topic you want me to write about next. 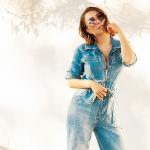 Previous Story:
How To Wear The Denim Jumpsuit Trend Like A Pro
Next Story:
Erika Jayne Opens Up to Diana Madison About Her Too Faced Makeup Collab