Mom-shaming: Show me the perfect mom and I’ll show you pigs that fly with unicorns over the rainbow. 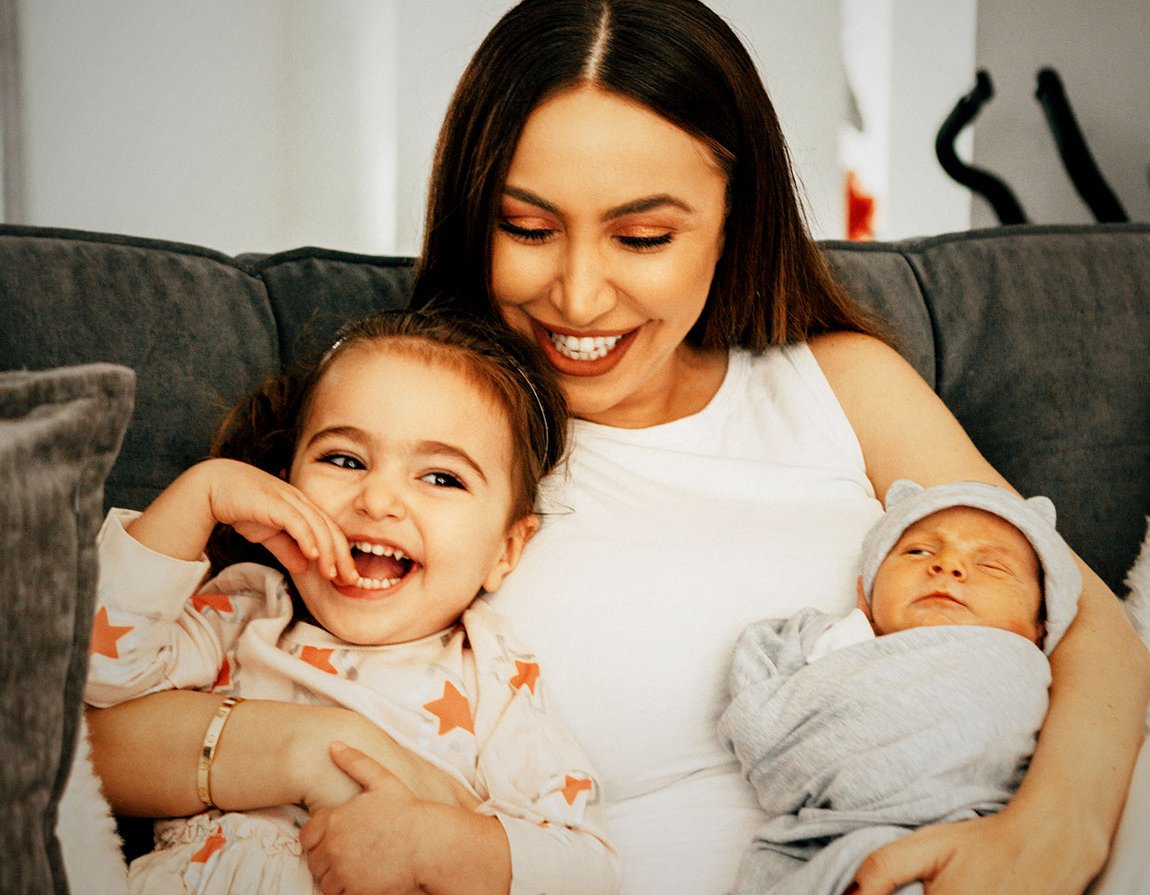 Dear mom guilt…you’re a bitch! One of the hardest things you will ever encounter as a mother, let alone a working mother, is mom guilt. No one prepares you enough for it or how to handle it. Every single mom goes through this and the sad part is, there’s no cure for it. It’s a feeling you always have once you have kids: You are not good enough, you are a horrible mother. You miss them the second you leave them, you feel guilt the second you start enjoying yourself without them, and the list goes on and on and on. 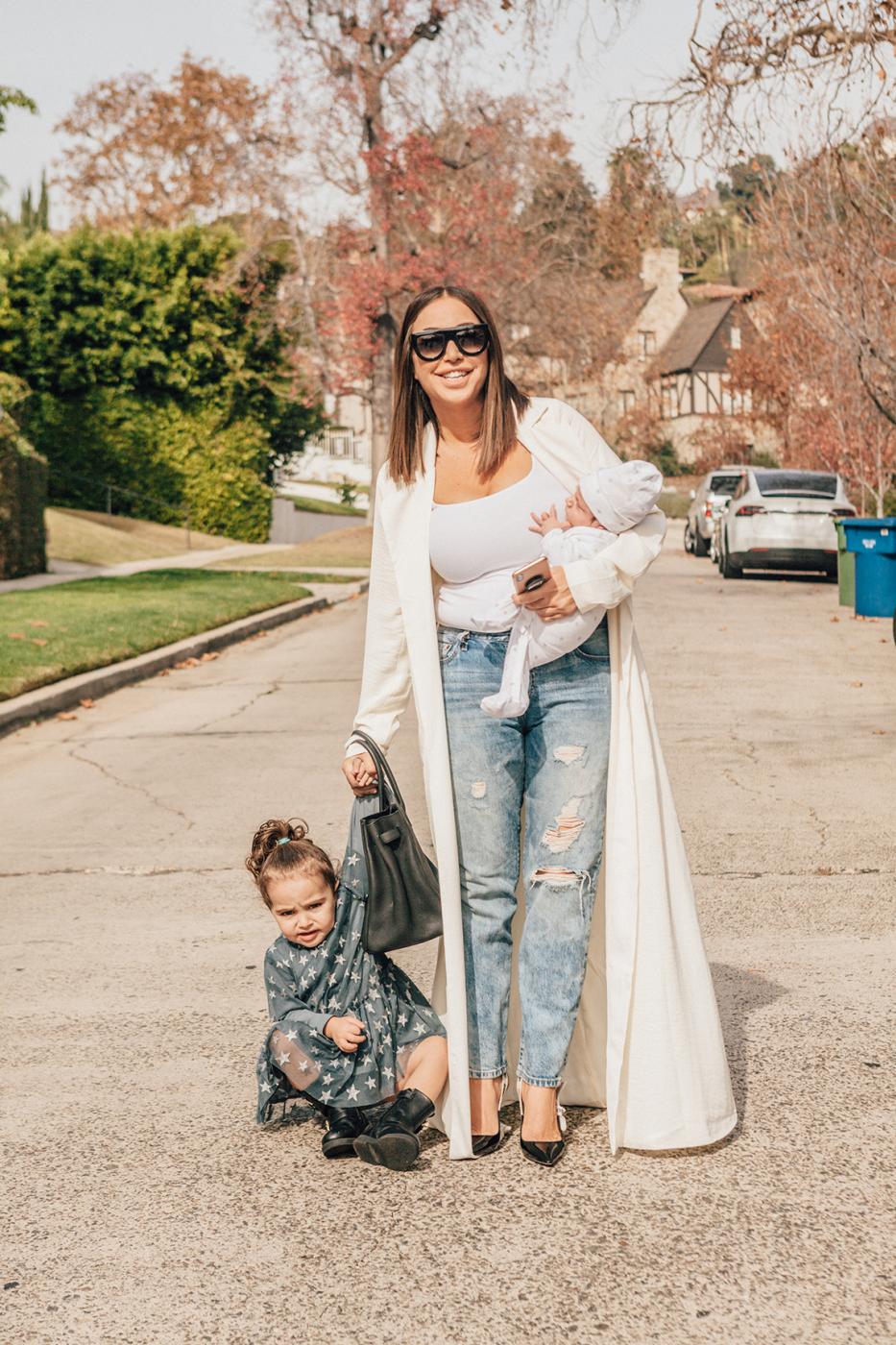 What’s the feeling like? I like to describe it as a weird stomach flu. You feel it in your gut, and it hurts. You feel pain and are super emotional. Ask any mother who has tried traveling without her kids…the second you get on that flight, it’s massive anxiety. I am here to tell you that you are enough, you are a good mom and it’s okay to have some fun without your kids and not feel guilty about it.

I remember the first time I traveled on a vacation without my daughter. My husband and I needed some time to relax — not to mention some R&R. I was crying on the plane and wanted to get out, turn back. I felt guilty that I was on my way to relax and enjoy myself while my daughter was at home without me. The reality is, you just need to do it! You need to realize that you need your “ME” time as well, and it’s not going to be easy to enjoy yourself, but you have to. You deserve that time alone. 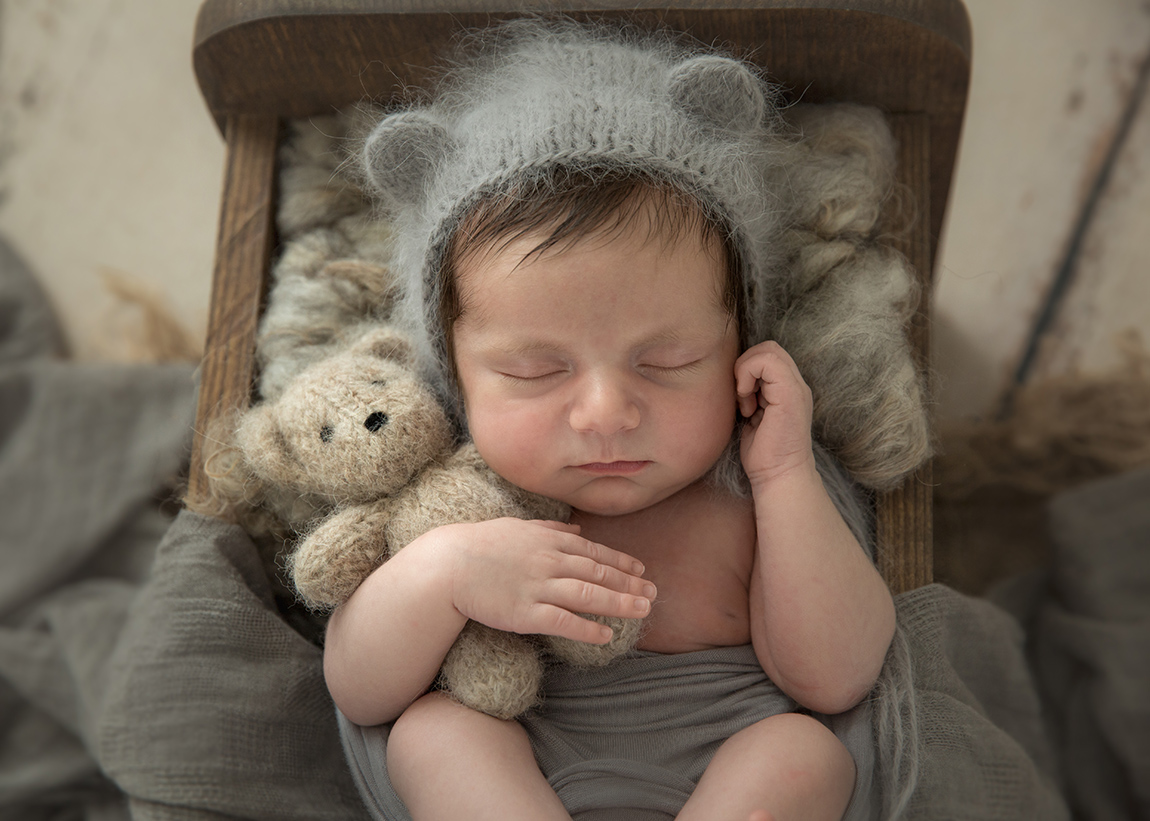 When I delivered my second baby, Christian, I was beyond overwhelmed…two kids was a game-changer. I would say to my friends, “Why was I complaining about raising one child? That was a piece of cake compared to having two!” My hat goes off to anyone reading this who has more than one child…you are all superhuman.

I was having such a tough time adjusting to two kids and some work on the side. I remember the first time I left the house to go meet a girlfriend for lunch. My husband recommended I leave the house because he thought I was losing my mind. The truth is, it felt like I was being held captive by my kids at home. I had a newborn and a two year old who kept throwing tantrums left and right. I felt like I was about to lose my mind and literally had meltdowns thinking my life was over. My husband told me that I needed to get out of the house and get some fresh air. I couldn’t have agreed more.

I called up my girlfriend and said, “let’s get lunch.” I couldn’t wait to just sit down and have girl talk, and maybe even a drink. The second I left the house I felt so good and liberated. I put on some lipstick, which felt like life. Even though I felt fat, ugly and gross, the idea of being out and getting fresh air felt so amazing. Once I started driving the car, my feelings changed quickly. I now felt guilty leaving my newborn and daughter and I already missed them. It felt like so long since I had seen them last…I began thinking about what they were up to, how they were feeling now that I was away. It had only been five minutes since I saw them last, but it felt like an eternity, and I felt horrible. I felt shitty and mom guilt had kicked into high gear. Should I turn back? What to do? I got on a call with my husband and he told me to not turn back, and to just take a little break.

I rushed to my lunch and literally had the quickest bite. During my whole lunch, I couldn’t even concentrate; I wanted to cry. I was physically at lunch, but mentally at home. Even though I was gone for two hours and had anxiety thinking about my kids, it felt good getting some fresh air. Don’t feel selfish about having some time to yourself. You need that time to feel alive and free because, let’s get real, raising kids is not easy.

Mom guilt is normal for any mom and difficult to ignore. But I am here to tell you to ignore the guilt…it’s normal and we all go through it. The best is when your parents and in-laws get involved. Everyone has an opinion on how to raise a kid and what you are doing wrong. When the mom-shamers get caught up in the mix, it gets worse. My advice is to realize that there is no such thing as a perfect mom, and it’s a natural-born instinct to always have guilt about what you are doing with your kids. There is no right way to raise your kids…the only right way is to follow your rules.

I always have people giving me guilt about being a working mom. My hairstylist Tracey Cunningham — who works with everyone in Hollywood, from Shakira to Kim Kardashian to J.Lo — told me best. “Sometimes you have no choice but to work,” she said. “Someone has to pay the bills and keep the lights on.” I am working because I love to work and I want to provide a better life for my kids and family. It’s just the reality and it is what it is. 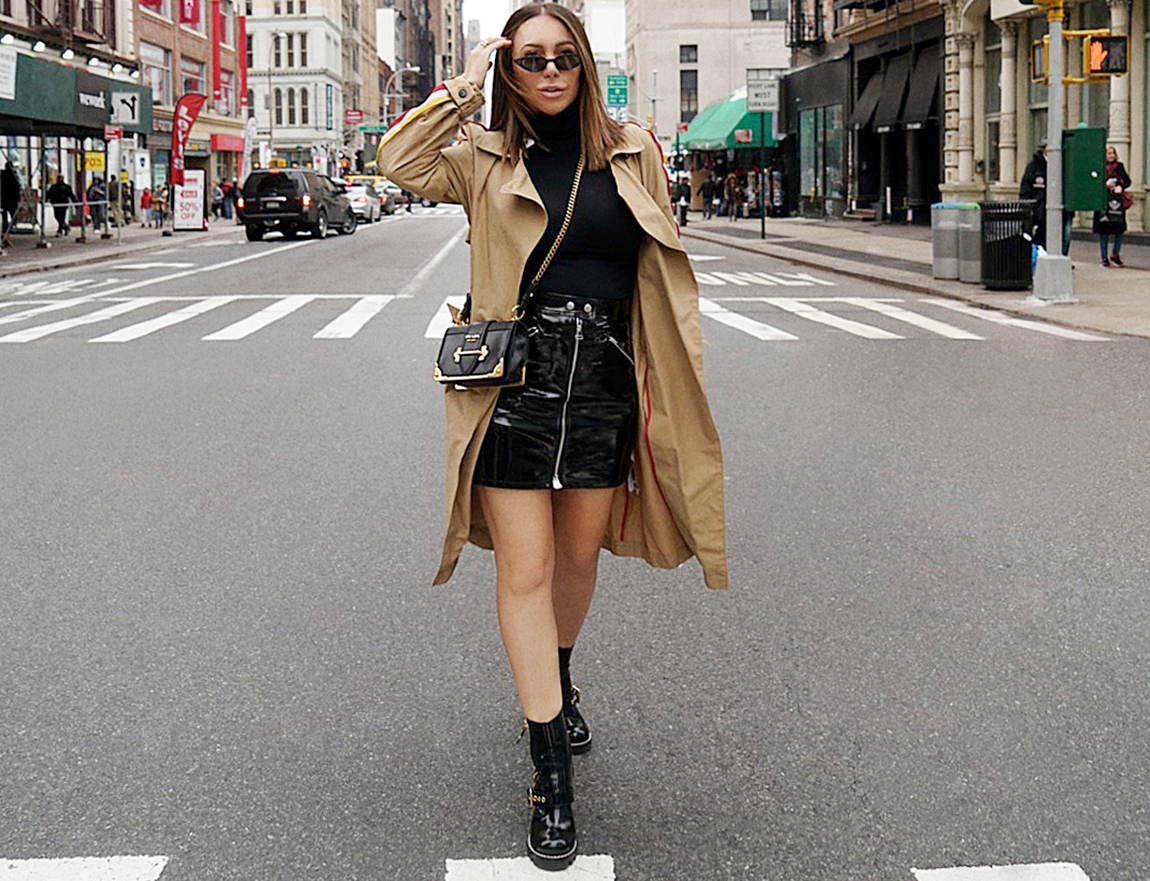 Another friend, who is a successful movie producer, told me that the kids come into your life. They need to work with you and your way of life; don’t make drastic changes. The kids need to adjust to your lifestyle. I have some friends who deal with a lot of mom-shaming at their kids’ schools. They get passive-aggressive comments thrown at them by other stay-at-home moms for actually working. The reality is, everyone’s life is different. We can’t judge others for their actions. I think it’s important for all moms to be more conscious of how they react to other mothers.

When I had Christian, my second child, I recovered pretty quickly. I was already walking the second day with no problems. Three weeks after I gave birth was the Golden Globe awards show, my favorite time of year in Hollywood. I was invited to some parties and didn’t want to miss out. Let’s be real, I love my job and I love Hollywood…I wasn’t going to sit home and watch all my friends on Instagram post from the event, while I was eating ramen in my PJs. I wanted to be there as well, enjoying all the fun. 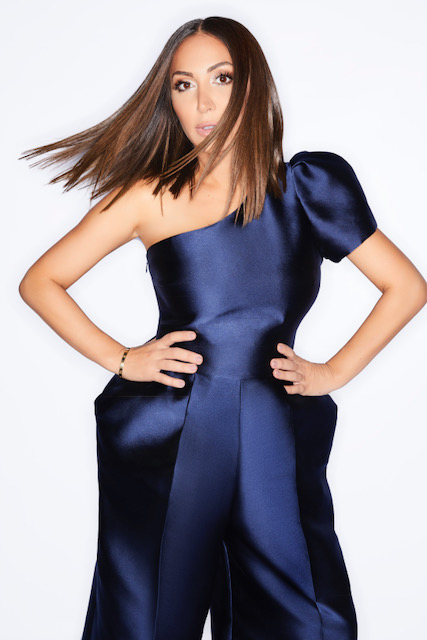 So I got dressed up and attended the Golden Globes pre-party. I walked the red carpet in this beautiful jumpsuit that covered the twenty-five pounds left in my belly from the pregnancy. I felt amazing, despite the fact I wasn’t in my best shape or form. I was excited to be out and it felt good to be back. In my head, I thought people were going to give it to me for being out three weeks after having a baby. In the Armenian culture, you’re not even allowed to leave the house for forty days after giving birth. So for my relatives, I was literally committing a crime. I’d be seen as a horrible mother — I was leaving my newborn at home three weeks in. 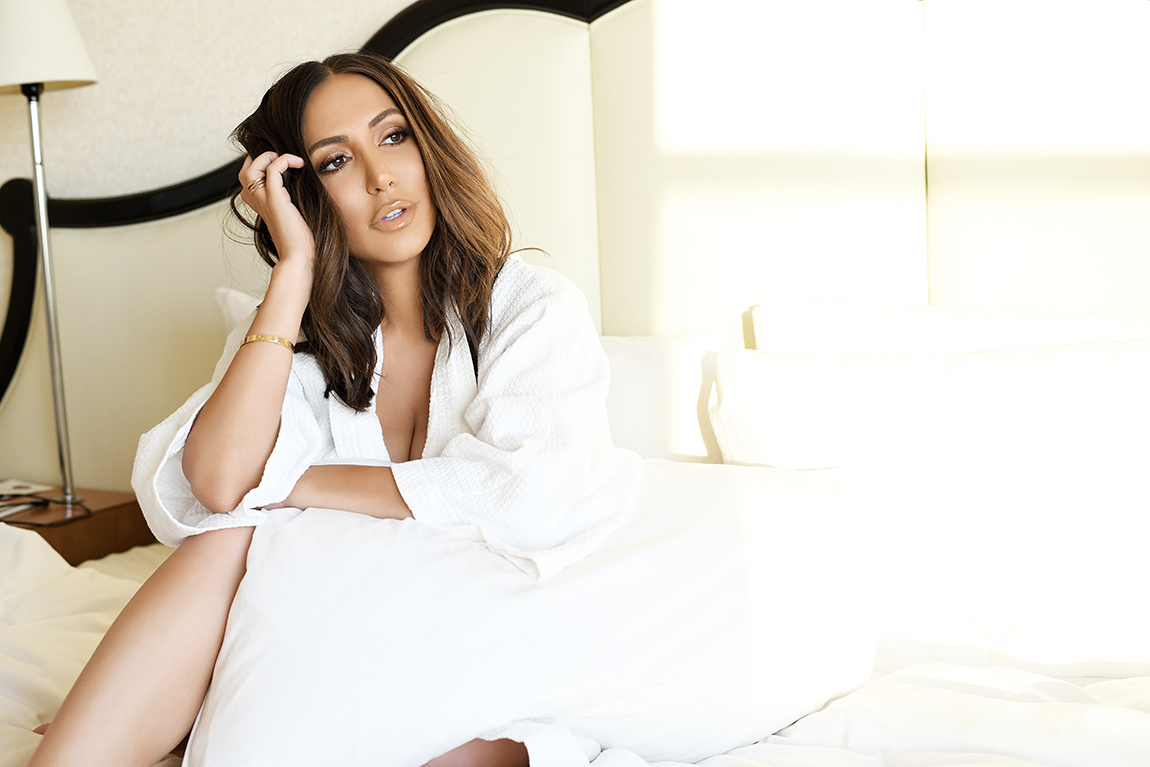 To my surprise, I got an amazing reaction from moms, as well as from girls who were scared to be mothers, but who had motherhood on their minds. People were telling me that I inspired them, were impressed that I could juggle motherhood, a newborn and a career. I had one follower tell me that she was petrified to have a child, but my post encouraged her that it’s possible. Why is it so hard for us women to believe that we can have it all? Why can men return to work immediately after they have a baby, and us women can’t? It felt good reading the message and it made me realize that it’s a new day and time. The old rules just don’t apply to the modern woman. 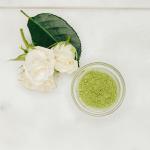 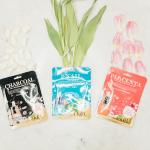