A Night At The Oscars 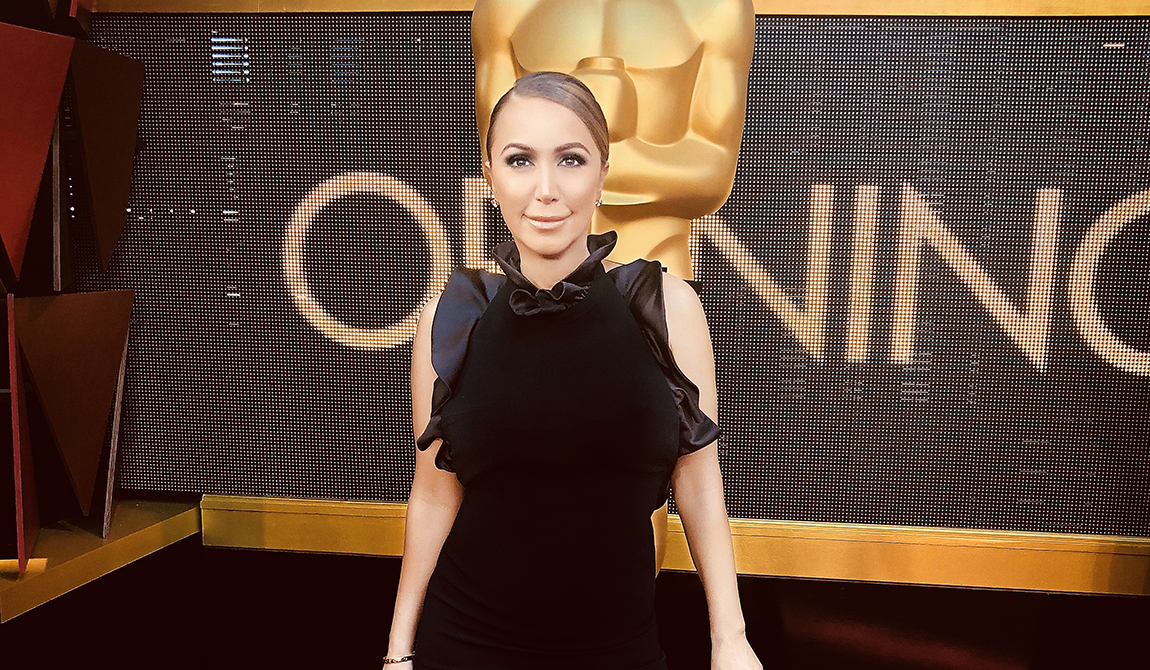 This past weekend, I got the chance to attend the biggest event in Hollywood, or perhaps even in the world: the Academy Awards. It had always been a dream of mine to experience this big awards show. I’d covered the Oscar red carpet as a reporter for the past couple of years, but I never attended the show that followed. To be able to sit inside the Dolby Theatre and watch the show live was something I’d always wanted to do. 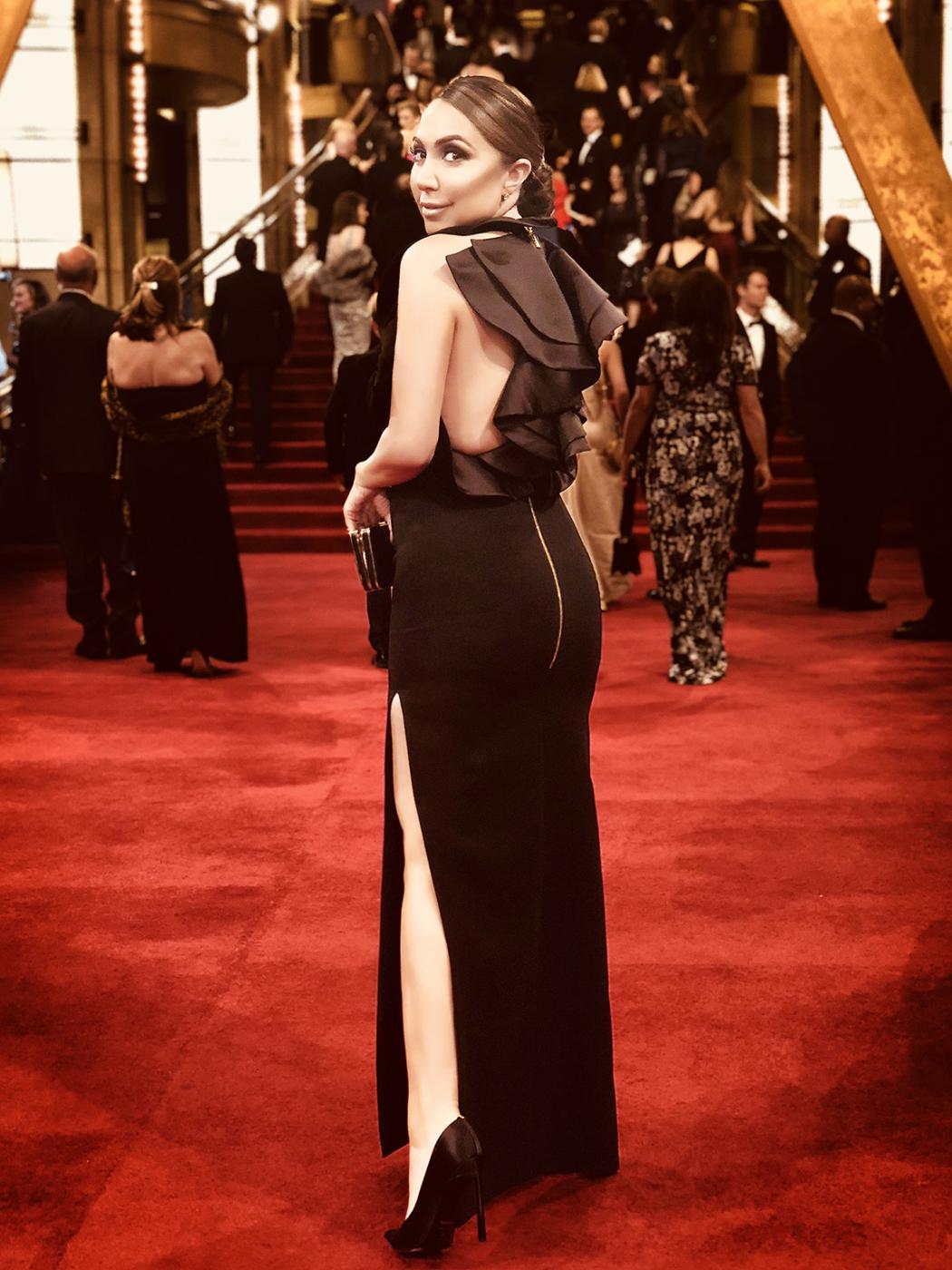 To be there during such an insane year for women was something I was extremely excited about as well. I wore black in solidarity with all my peers and teared up when I saw Mira Sorvino and Ashley Judd on the red carpet. These women have been through a lot in Hollywood and I hope Hollywood can give back to them.

Some things you might not know about the awards show that people inside get to experience? Well, first off, the auditorium is a lot smaller than it seems on television. Guests were also greeted with a surprise. Everyone in the audience received a lunch box, with a handwritten note from Jimmy Kimmel, that included snacks like potato chips and gummy bears to hold them over until the after-parties.

And they were definitely appreciated! When sitting through the show, you realize what a long production it actually is. People take breaks and get up, and there’s a bar outside the auditorium where you’ll find yourself literally bumping into many Oscars. It was fun seeing a lot of the winners outside taking pictures and grabbing selfies. I actually rubbed an Oscar for good luck. You can’t escape them anywhere: when using the bathroom,
you might even end up peeing next to a nominee!

Overall, I thought Jimmy Kimmel did a good job hosting the show. However, since it was a big year for women, I wish we could have had a female hosting the show. One of my favorite moments was when Tiffany Haddish and Maya Rudolph shared the stage. Perhaps they can host the Oscars next year? Tina Fey and Amy Poehler hosted the Golden Globes, and I thought they did a great job. 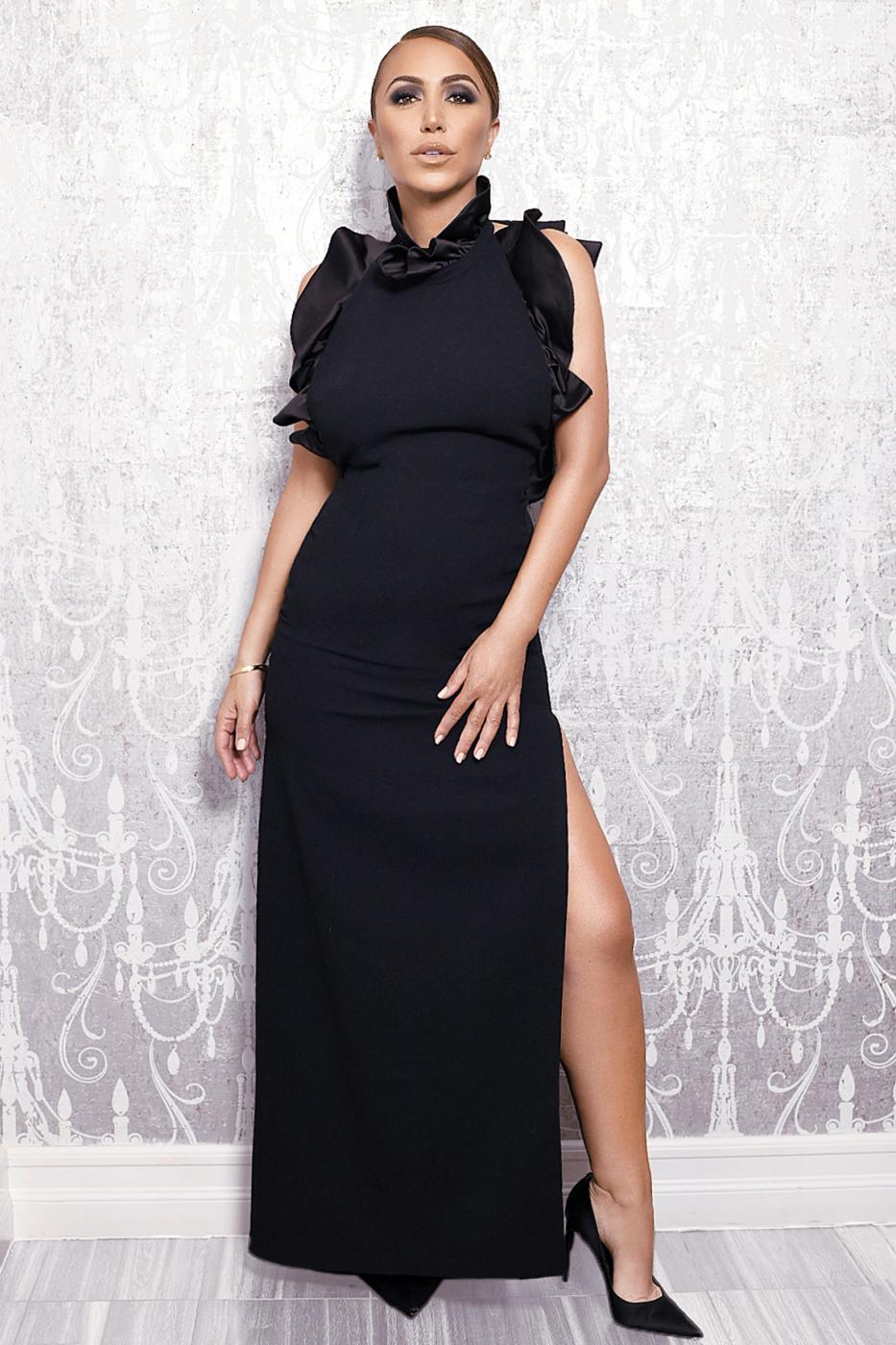 In regards to my Oscar GLAM: I worked with Rokael Lizama for a soft smokey eye, Prince Angel for a sleek bun and my stylist Charlene Roxborough, who picked out this beautiful dress by designer Vitor Zerbinato. 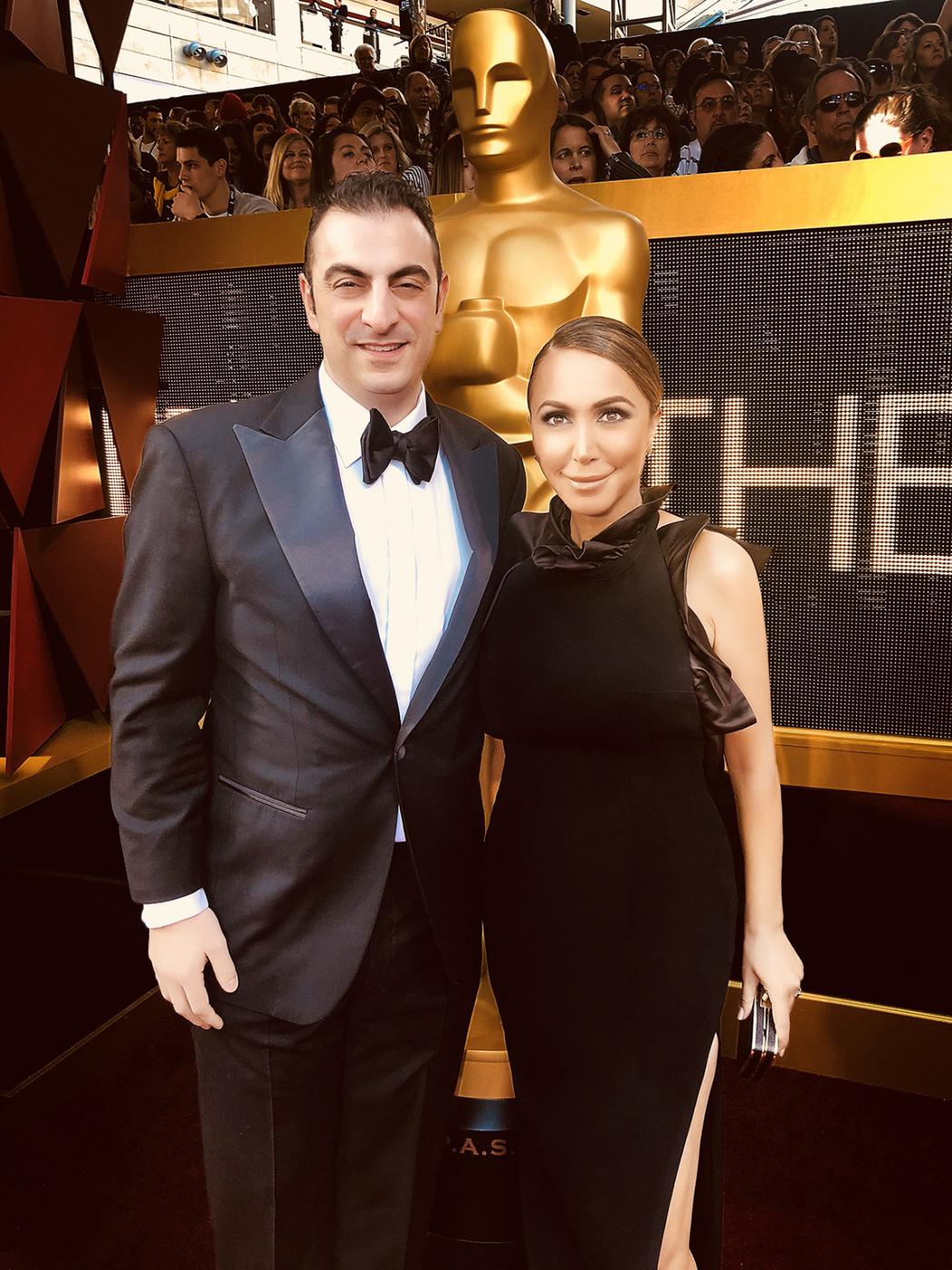 My husband and I made the Oscars a date night and we were thrilled to be at the
biggest event of the year. At the event, I was so moved by people’s speeches and was
reminded to always DREAM BIG. I left the theater inspired to keep creating and working
on my craft, aware I have so much more to offer to the world. 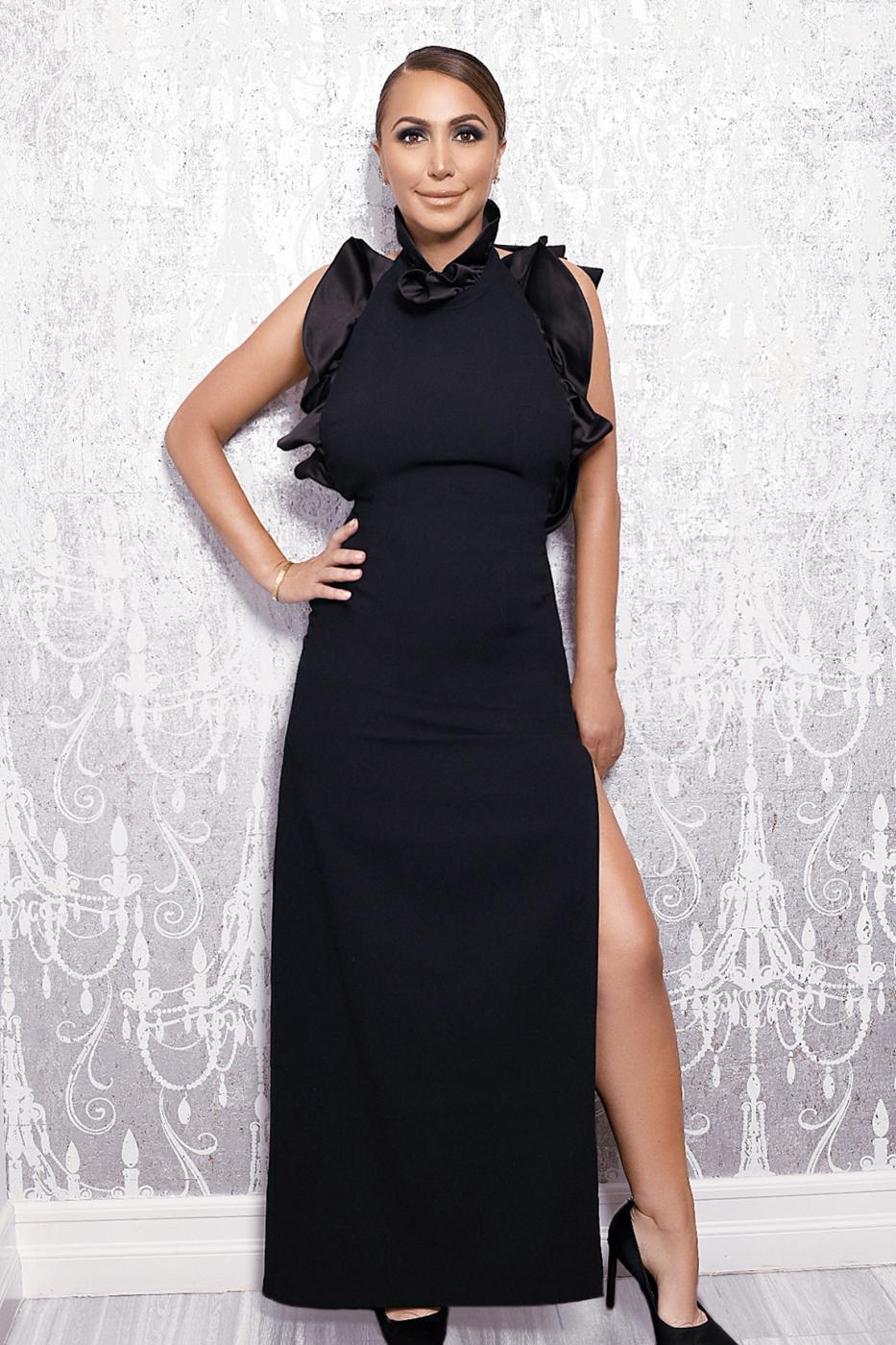 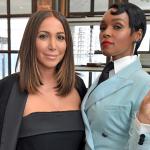 Previous Story:
International Women’s Day: A Great Time To Be A Woman 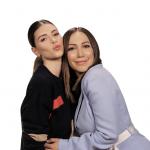